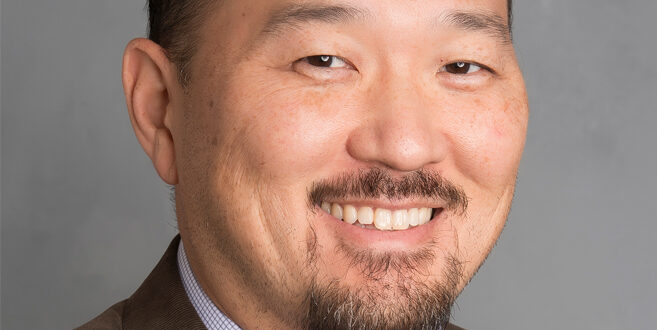 Read his insights into the NBA’s infection prevention efforts, the responsibility and role of athletic trainers in the league, and the trends in the player health technology space.

Q: Over the course of your career, how have you seen infections impact athletes?

A: “I seem to recall having more issues with MRSA in the football setting. There’s a higher volume of participants [and] you’re outside in a lot of continuous contact. We’ve had players who have needed medical attention. In basketball, we’ve had a couple cases of infection, [including] one that involved surgical removal of infected bursitis. Fortunately, it didn’t cost the player long-term; it was caught early and addressed appropriately, but it’s something you’re always aware of. You have to remain vigilant.”

Q: The NBA has a reputation for innovation and for being forward-thinking. Does that philosophy extend into the athletic training room?

A: “Absolutely. The medical side may actually lead the charge when it comes to being forward-thinking and innovative. League ownership, management, and the Players’ Association have been unbelievably collaborative in an effort to support the players, for example with biometrics wearables that measure performance outcomes and movement. The league has a sports science committee consisting of [a] select team [of] medical and performance professionals that reviews the latest research in peer-reviewed journals and shares that with the rest of their colleagues in the league.

They are really doing a good job of giving everyone the opportunity to stay on the cutting-edge of research and technology, trying to debunk the fads and stay as evidence-based as possible. Evidence-based [research] is at a premium when you’re making an investment in your team and your players. A lot of the times things aren’t cheap, so you want to be sure you’re making a sound and safe investment.”

Q: How much of an NBA athletic trainer’s time and energy went into infection prevention prior to the pandemic? How do you imagine that’s changed?

A: “Decades back, I can remember [when] awareness of preventative measures came into play with HIV. Dating back to that era decades ago, there’s been an emphasis on infection control, awareness, and education – both with the medical folks and the athletes. Every winter we discuss things like how to prevent the spread of the common cold and flu, emphasizing immunizations.

In the early 2000’s when things like MRSA really hit – especially with professional sports – there was a great deal of education and emphasis on that. To this day, we still put up posters in the locker rooms, restrooms, and training rooms that are updated with the processes and protocols that they want everyone – players and staff – to observe, whether it’s not sharing razors, having your own soap or towels, or washing hands. With MRSA, we discuss with the team to make sure they are reporting anything that they feel might be suspicious by giving them some awareness of what the symptoms may be.

Now with the last couple months since COVID-19, the NBA was very aggressive in making sure that information materials were getting out. We were getting information shared with us [since] January. We were having meetings with players and staff, hosting presentations, posting notices up in the facilities to give instructions on social distancing, keeping six feet apart, and frequent hand washing.

Since mid-March, when the sports world came to a stop, […] we were learning to be public health officials on the fly with the countless hours of meetings with our team medical staff and physicians, as well as getting a coordinated response from the league and their epidemiologist and infectious disease specialists. There were constant check-ins with the players daily, updates with the physicians and the medical and league folks, and then updating your team personnel and management to keep them informed.

Once [the NBA] started ramping things back up again, it was trying to manage that ramp up, getting into the bubble, and trying to have protocols and plans in place for when someone comes in with symptoms. Or, as they’re doing the routine testing, [when someone] comes back with a positive test; [it was] having a plan in place in what the response is going to be, how to best isolate the case, and who all is going to be involved.

It’s kind of like being a firefighter when you’re waiting for the call to come, because it’s going to be a matter of ‘when’ not ‘if’, and you just have to be prepared to respond to that appropriately.

The other thing is [that] the information continues to evolve and change as more research and more information is known. It’s continuous, it’s ongoing, and honestly, it’s quite taxing on top of the regular day-to-day of just being an athletic trainer in the league with injury and medical care, especially in the playoffs. You add that on top and it creates a challenge for these guys.”

Q: What are some of the emerging trends in hygiene and player health and safety that you see?

A: “As we’ve tried to stay up to date on the latest technology, being able to clean and address soft surfaces and soft goods is something that’s gotten onto our radar in the last several months. We’re excited about the potential of SilvaClean’s technology that makes a garment or cloth actively antimicrobial and antiviral. That’s an exciting innovation and breakthrough that doesn’t exist elsewhere!” 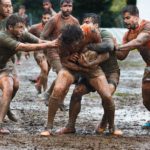 The Dirty Side of Sports 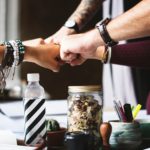 A Year in Review at Applied Silver, Inc.