HAYWARD, CALIF (October 12, 2019) – Applied Silver, Inc., a health tech company focused on eradicating the spread of life-threating pathogens, has named NFL alums Cam Cameron, Daniel Fells and Hall of Famer Ronnie Lott to its Athlete Advisory Council, it was announced today. The trio joins former San Francisco 49ers defensive tackle Ian Williams on the council with a goal of raising awareness for this serious health issue in the sports industry.

Infection risks have been identified in professional and collegiate sports. Athletes are 10 times more likely to have MRSA, a highly antibiotic-resistant form of the pathogen, Staphylococcus aureus, on their skin compared to the general public.  When infections occur, they can be life-threatening, sometimes deadly. The problem is severely compounded when infections are caused by antibiotic-resistant pathogens, a negative outcome of the overuse of antibiotics, and a challenge of a global scale. Fells and Williams each had their NFL playing careers cut short due to MRSA infections. Now they are using their harrowing experiences to make sports even safer for other athletes.

“I am excited to join Applied Silver because of their mission to make the world a safer, cleaner place,” said Williams, who played defensive tackle for the San Francisco 49ers. “My career was ended by something that I couldn’t even see, a Staph infection in my ankle. I wanted to do something to help others avoid what happened to me and leave the world better than the way that I came into it.”

Lott, who played 14 years in the NFL and is a member of both the College and Pro Football Hall of Fame, is the co-chair of the NFL’s Health and Safety Committee. It is designed to collaborate regularly with the NFL medical community, including team physicians and athletic trainers to jointly prioritize research projects to make the game safer.

Applied Silver and the Athlete Advisory Council have produced a new video addressing the issue of dangerous pathogens in sports. It is narrated by Lott and features Williams’ personal account of the infection that prematurely ended his NFL career.

Studies have shown that pathogens can flourish in crowded gyms and locker rooms; athletic gear, including towels, socks, undergarments, uniforms, and carpets, can be a major vehicle in the spread of disease. Applied Silver is attacking the problem through the laundry with its transformational, EPA-approved SilvaClean® technology, used for reducing post-laundry microbial contamination. SilvaClean® releases a water-based ionic silver treatment in the final rinse of a team’s laundry process to impart active antimicrobial properties to a wide range of fabrics and, secondarily to the surrounding environment. EPA-approved with public health claims, SilvaClean® is proven to kill S. aureus, MRSA and several other antibiotic-resistant pathogens. The product is clinically validated as a component of infection control programs in leading healthcare facilities, with demonstrated positive outcomes on infection rates, textile and environmental hygiene.

“Healthcare facilities and sports medicine programs are uniquely positioned to drive forward our collective social responsibility towards more prudent use of antibiotics,” said Applied Silver’s, Executive Chair of the Board of Directors, Elizabeth Hutt Pollard. “By adopting innovations like SilvaClean®, they have the opportunity to demonstrate their thought leadership in addressing this problem, take a strong social position on adopting for the best of all constituents and in the process, build their brand reputation.”

Fells, who was initially diagnosed with a staph infection on October 4, 2015, after a toe and ankle injury, was admitted to the hospital with 104-degree fever. Doctors found the ankle was infected with MRSA, a dangerous staph infection that is resistant to antibiotics. The infection was so advanced that doctors contemplated amputating part of his foot. This infection ultimately ended Fells career and almost his life.

Cameron is a sports industry veteran with over 35 years of experience, including head coaching stints with the Miami Dolphins and Indiana University, and served on the coaching staffs for the San Diego Chargers, the Baltimore Ravens and the Michigan Wolverines.  He has seen his share of these infections ending several athletes’ careers. It touched home when his son, Chris, contracted a Staph infection in high school. Chris is now a sophomore tight end for Army.

SilvaClean® employs a smart patented technology platform that infuses textiles with pure silver ions during the laundry rinse cycle, where they bond fabrics to residually kill pathogens, mold and mildew, eliminating odors, helping remove stains and reduce static. SilvaClean® chemistry is an EPA-approved laundry additive product enabled by an Internet of Things (IoT) dispensing system that leaves fabrics with residual antimicrobial properties even after laundering (e.g. in storage, during handling and in use). The system seamlessly integrates into existing laundry processes and is fully automated.

Hayward, California-based Applied Silver, Inc. develops commercial applications based on technologies that harness the antimicrobial power of silver ions.  The Company’s flagship product, SilvaClean® is a patented EPA approved laundry additive that provides residual efficacy to textiles, killing harmful bacteria, mold, and mildew and reducing stains, odors and static.  The Company is focused on eradicating infections, particularly those caused by antibiotic-resistant pathogens like MRSA and emerging pathogens like Candida auris. The Company is commercially active in healthcare via Medline (Applied Silver’s exclusive distributor in healthcare for U.S. And Canadian markets) and sports and is developing applications for hospitality and consumer use. 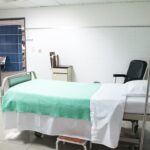 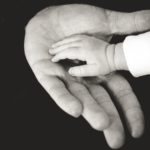 A Communal Blanket of Security 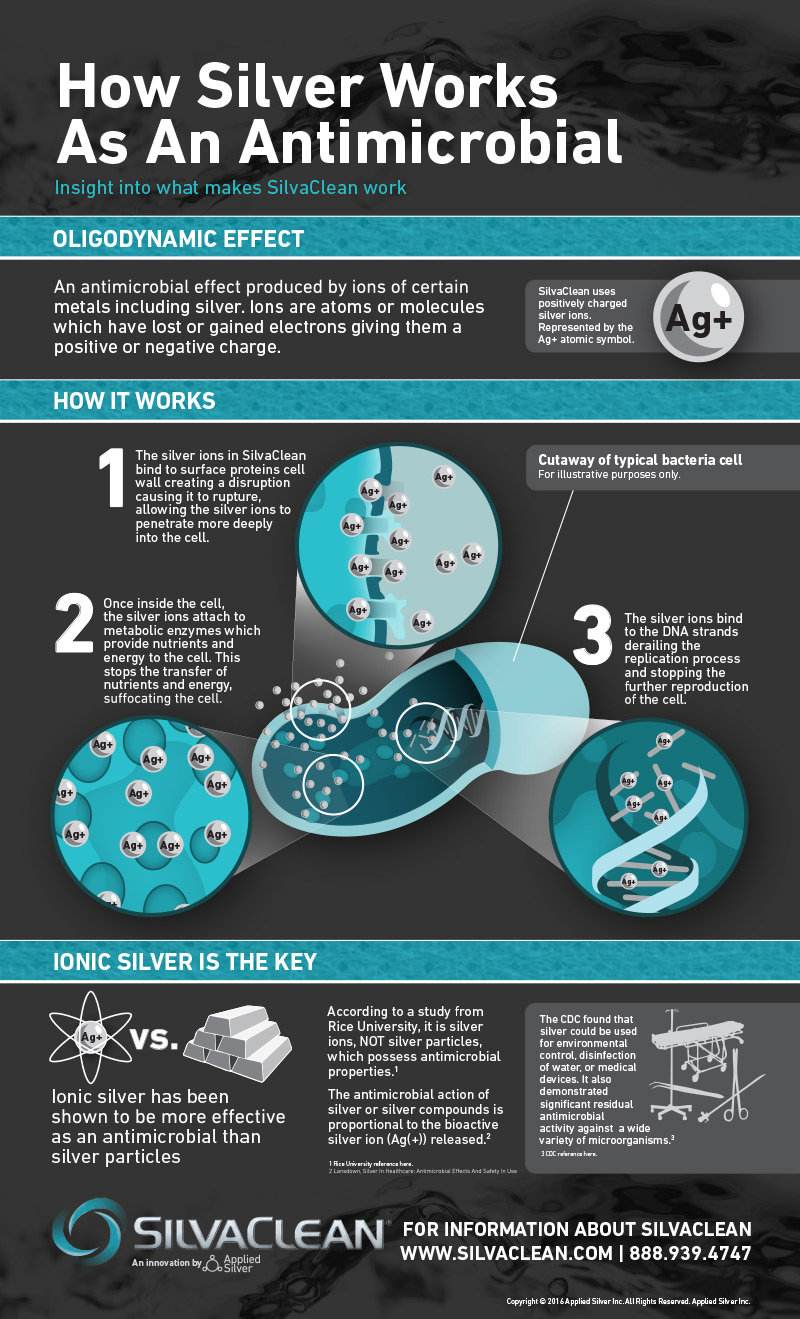