As part of a diligent sports medicine infection control program, experts recommend that athletic programs should seek to reduce or eliminate exposure to pathogens to the greatest extent practical. One practical, inexpensive way to aid in this effort is to use SilvaClean® laundry additive.

From NFL tight end to advocate for Applied Silver, our athlete ambassador tells his story to KHTK in Sacramento. (Begins at 2:12)

Ian Williams shares why he's a part of our team

The former NFL nose tackle tells his story (and ours) on The Athletic's "Here's the Catch" podcast.

Partnership with Daniel Fells is Built on Passion 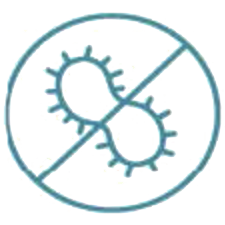 Kills pathogens and inhibits growth of bacteria, mold and mildew 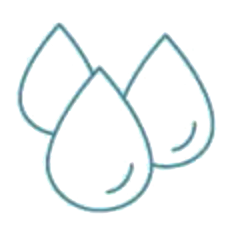 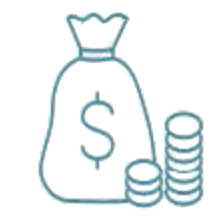 Who's in our huddle? 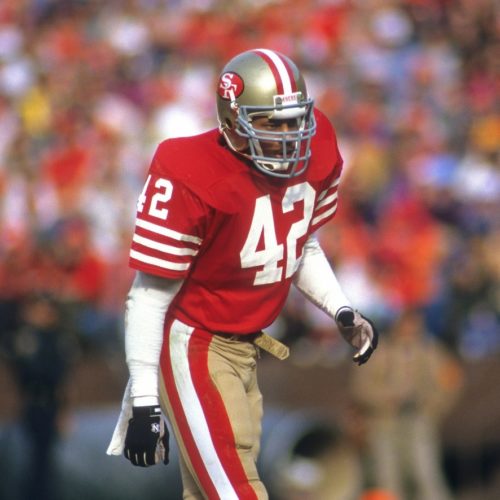 Ronnie Lott is a businessman, philanthropist, former professional football player and member of the Pro Football, College Football, and USC Athletics Hall of Fame. Lott attended the University of Southern California, where he graduated with a degree in Public Administration. He helped the Trojans win a National Championship and was named a consensus All-American safety in his senior year. He was selected eighth overall by the San Francisco 49ers in the 1981 NFL Draft. Over the course of his 14-year NFL career, he excelled as a cornerback, free safety and strong safety and concluded his playing career as a 4x Super Bowl champion, 10x Pro Bowl selection, 8x First-Team All-Pro, and 2x league interceptions leader. Lott’s post-NFL pursuits, particularly as a private equity investor, led USA Today to call him “one of the most successful athletes at making the transition to business.” He first co-founded HRJ Capital, an investment management platform, serving as managing partner until the company’s acquisition. He later founded Lott Auto Ventures, which currently operates a number of car dealerships in California. In addition to being a member of Applied Silver’s Athlete Advisory Council, Lott is on the advisory board of GSV Advisors, Saama Technologies, Inc. and Eight Partners. He is a consultant for TVU Networks and H. Barton Asset Management group. His foundation All Stars Helping Kids seeks to disrupt the cycle of poverty and encourage innovation by seed funding startup nonprofits in the Bay Area. 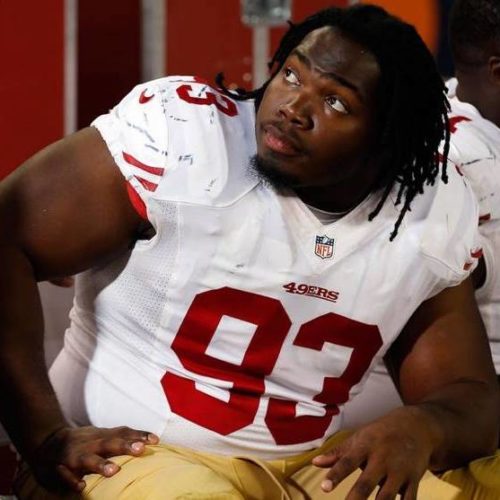 Ian Williams is a current NBC Bay Area Sports analyst and former professional football player who spent all five seasons of his NFL career with the San Francisco 49ers. He played college football at the University of Notre Dame and received a BFA in Film/Cinema/Video Studies. Williams suffered from two ankle fractures while playing in the NFL. Bacterial infections complicated his recovery, required multiple surgeries to eradicate, and ultimately ended his NFL career. He was selected to lead the Applied Silver Athlete Advisory Council and Sports Investor Syndicate in March of 2019. 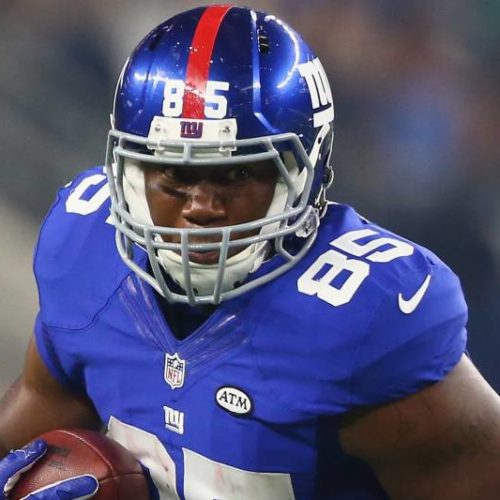 Daniel Fells is a former professional football player who played for the Atlanta Falcons, St. Louis Rams, Denver Broncos, New England Patriots and New York Giants over the course of his 10-year NFL career. He played collegiately for the UC Davis Aggies. In October 2015, while a member of the New York Giants, Fells was treated for a chronic ankle condition that was later discovered to be a MRSA infection. Fells endured ten surgeries to rid himself of the infection before retiring from the NFL. Fells is an advocate for education and spends time speaking to children and young adults. He also advocates for the humane treatment of animals, lending his time to groups like the ASPCA and Humane Society. 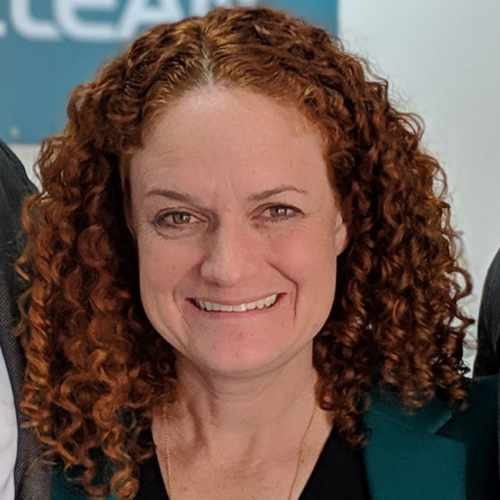 Joanne Pasternack is a dynamic and visionary philanthropic impact strategist who, over the past two decades, has galvanized community engagement with internationally recognized brands including the Golden State Warriors, San Francisco 49ers, ServiceNow, City of Mountain View, and Special Olympics. As the President + Chief Impact Officer (CImO) of Oliver+Rose, she works with professional athletes, legends, entertainers, philanthropists, corporate executives and high net worth individuals to amplify their impact to inspire change around their areas of passion, commitment and expertise. Joanne is also the Executive Director of the Golden Heart Fund, serving 49ers alumni who are in need of financial, medical, physiological or emotional support. Joanne lead philanthropic efforts for NBA and NFL franchises for 12 seasons, most recently as Vice President of Community Relations for the Golden State Warriors and Executive Director of the Warriors Community Foundation. At the Warriors, Joanne increased the Foundation’s charitable fundraising by 110%, to $9.2M; developed framework for the largest corporate/professional sports team charitable partnership activation to date (Kaiser Permanente’s $295M Generation Thrive program); oversaw 300+ events; opened basketball courts; and amplified CSR engagement with partners such as JPMorgan Chase, Rakuten, Verizon, Pottery Barn and Oracle. Under her leadership, the back-to-back NBA Champions completed two NBA Finals Legacy Projects and received the San Francisco Business Times 2018 Beyond the Check Award. In September 2018, Joanne was named one of 35 women in SportsBusiness Journal/Daily’s “Game Changers: Class of 2018.” She also supported NBA All-Star Kevin Durant’s successful bids for the 2018 Muhammad Ali Sports Humanitarian Award and NBA Community Assist Award and facilitated the social justice awareness programming in Washington, DC following the Warriors’ 2017 NBA Championship. Previously, Joanne was the Vice President and Executive Director of Community Relations and 49ers Foundation for the San Francisco 49ers, creating and managing high visibility philanthropic partnerships. Under her leadership, the 49ers were ESPN’s 2017 Humanitarian Team of the Year, Beyond Sport’s 2015 Sport Team of the Year and received the 2013 Robert Wood Johnson Foundation Award for Sports Philanthropy. In October 2016, Joanne was one of 200 delegates at the “Sport in the Service of Humanity” convening hosted by Pope Francis at The Vatican. She also launched a $4M partnership with Chevron to create the ground-breaking 49ers STEM Leadership Institute. Joanne played a pivotal role in augmenting engagements with Levi’s®, Intel, BNY Mellon, Optum/UnitedHealthcare, United Airlines, Dignity Health, and boutique vintners. At ServiceNow, Joanne served as Head of Global Impact – a newly created role where she developed and launched a global corporate social responsibility portfolio for the $10B cloud computing company. She created a purpose-driven portfolio, positioning ServiceNow as a global innovator in high-impact social responsibility programming through the company’s first corporate advised fund, matching grant and volunteer time-off programs; branding and marketing, and programming around developing opportunities for marginalized populations in an AI-centered future. Joanne holds a BA from the University of Pennsylvania, JD from Santa Clara University, and completed the Executives in Non-Profit Leadership program at Stanford GSB. She is an Adjunct Professor at Georgetown, the University of San Francisco, and John’s Hopkins. Joanne resides in San Jose with her husband, Robert Bardin, of the San Jose Earthquakes, and her children, Kira (12) and Reid (10). She is on the boards of Special Olympics, the Bay Area Women’s Sports Initiative, Figure Skating in Harlem, Wender Weis Foundation for Children and Ubuntu Football Academy. A retired competitive figure skater and passionate advocate for girls, women and gender parity, she speaks regularly on a variety of topics, including raising awareness for younger-onset Alzheimer’s disease. 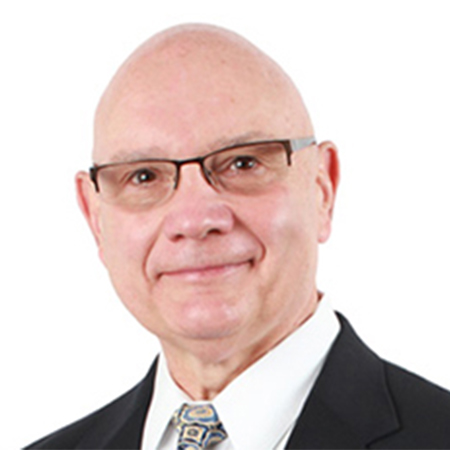 Expertise: Sports Medicine Strategy
Dr. Joyner has served as a physician, leading sports health executive, and decorated athlete. He joined Baptist Health Care in 2015, and is responsible for the day-to-day operation of the orthopedic service line, including sports medicine, physician alignment, strategic business partnerships and affiliations, branding and recruitment.  Dr. Joyner is a board-certified orthopedic surgeon with a sports medicine emphasis. He is a former chairman and senior member of the United States Olympic Committee sports medicine team and, most recently, was the athletic director for Penn State University and a member of the Penn State University Board of Trustees.  Dr. Joyner is a two-sport All-American and was captain of the football and wrestling teams at Penn State. He also is an Academic All-American at Penn State. Dr. Joyner earned his medical degree from the Penn State College of Medicine and served residencies in general and orthopedic surgery at the Milton S. Hershey Medical Center.

Why you should add SilvaClean to your roster
“

The minimum cost to treat a MRSA infection 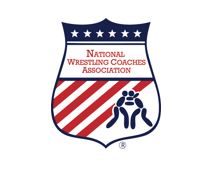 Applied Silver and the NWCA have teamed up to offer SilvaClean to high school, collegiate, and professional wrestling teams as an inexpensive way to reduce infection risk.

Maximize performance for your athletes with SilvaClean®