A new microbial threat has joined the legion of ‘superbugs’ making headlines: Candida auris.  If the name sounds familiar, it’s because it comes from the same Candida fungal family that causes thrush and vaginal yeast infections. But that’s just about where the similarities end between this species of Candida and its more common cousins.

Candida auris or C. auris, which has been deemed an “urgent threat” by the Center for Disease Control (CDC), is a fungus that is both highly infectious and highly resistant to most anti-fungal drugs. Not much is known about it and few rapid, accurate tests exist to identify it. It’s caused mass closures of hospital wings across the globe and has a mortality rate of 30-60 percent. In the United States, nursing homes have also proven to be a breeding ground for the germ, especially troubling because C. auris disproportionately affects those with compromised immune systems.

After a man was admitted to a New York hospital last summer, blood tests revealed C. auris in his system. But it wasn’t just his blood that tested positive for the fungus; so did the walls, curtains, sink, whiteboard, bed rails, and ceiling tiles, among other fixtures in the room where he was housed.

A new study from the CDC in part explains why contamination within a room is often so widespread. Scientists determined skin shedding largely contributes to the spread of C. auris, making any surface that an infected patient comes into contact with very likely contaminated.

Complicating control of the spread is that the closest surfaces to a patient’s skin – namely their gown and bed linens – also contribute significantly as they are being used.

A further look at the site of the CDC study showed that beds hosting non-infected patients still tested positive for C. auris after infected patients had previously stayed in the rooms. Traditional disinfection methods of shared soft surfaces, in particular, aren’t enough in the battle against this microbe.

With some C. auris infections already proving resistant to all three main classes of antifungal medications, prevention remains one of the best tools for handling this superbug.

New York is on the verge of becoming the first state to issue guidelines to healthcare facilities aimed at curbing C. auris spread specifically. With skin shedding identified as a major contributor to the spread of the fungus, and healthcare linens acting as a vector, intervention via antimicrobial textile technologies seems like an obvious starting point. This and other innovative measures should be included as part of the infection control arsenal as other states follow suit. 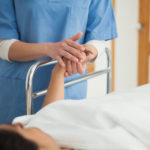 The fight against superbugs brings environmental risks into focus

“How can we do more with less?”